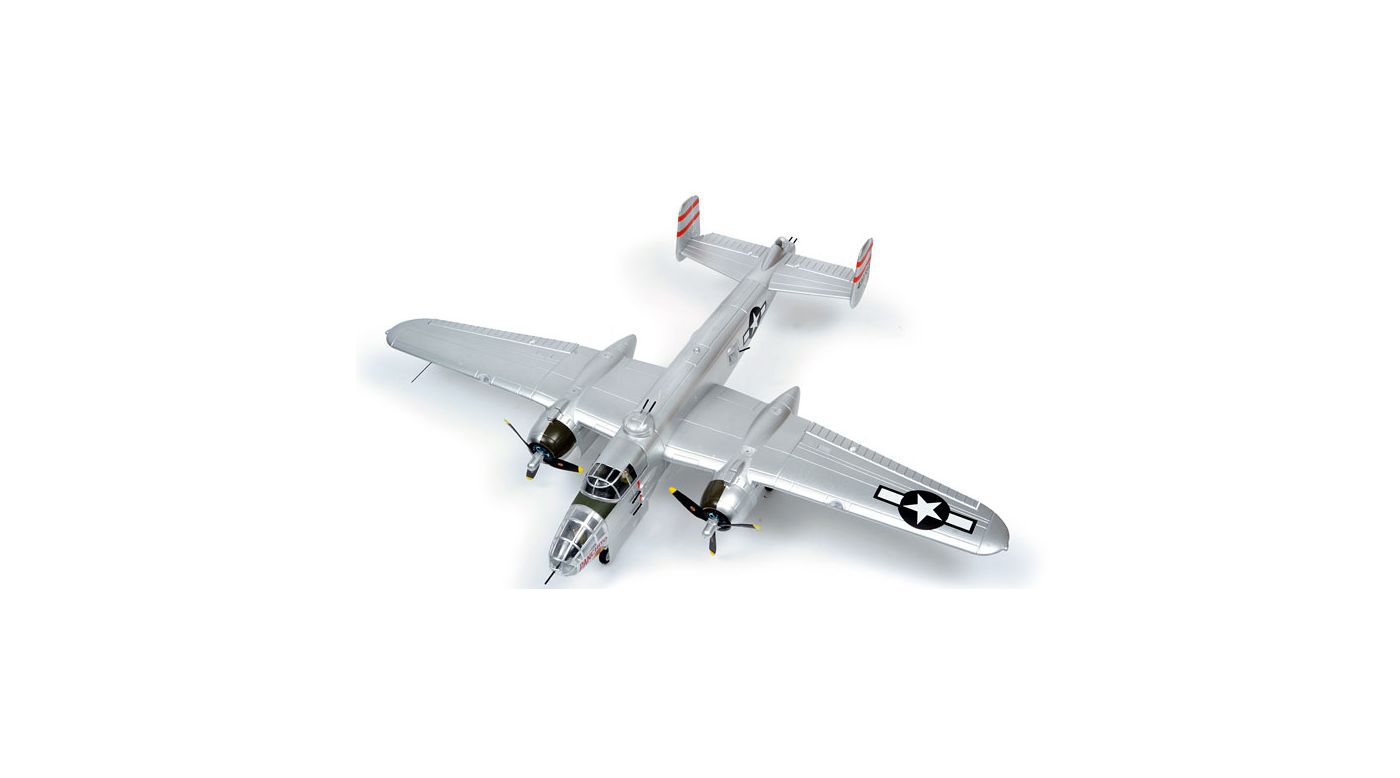 The North American B-25 Mitchell, a twin-engine bomber that became standard equipment for the Allied air forces in World War II, was perhaps the most versatile aircraft of the war. It became the most heavily armed airplane in the world, was used for high- and low-level bombing, strafing, photoreconnaissance, submarine patrol, and even as a fighter. The B-25 was distinguished as the aircraft that completed the historic raid over Tokyo in 1942.

The model’s steerable nose wheel makes taxiing, ground handling and taking off easy. Once it’s in the air, the B-25’s optimized control surfaces couple with light-wing loading and tremendous power to make this a winning package. In short, it’s a twin-powered “flight line stopper for the masses.”

Confidence-inspiring flight predictability will enable any budding “twin enthusiastic” pilot to push the flight envelope and wring this aircraft out. The FMS B-25 is a walk in the park to bring back down for a beautiful scale landing, all this without the use of flaps.