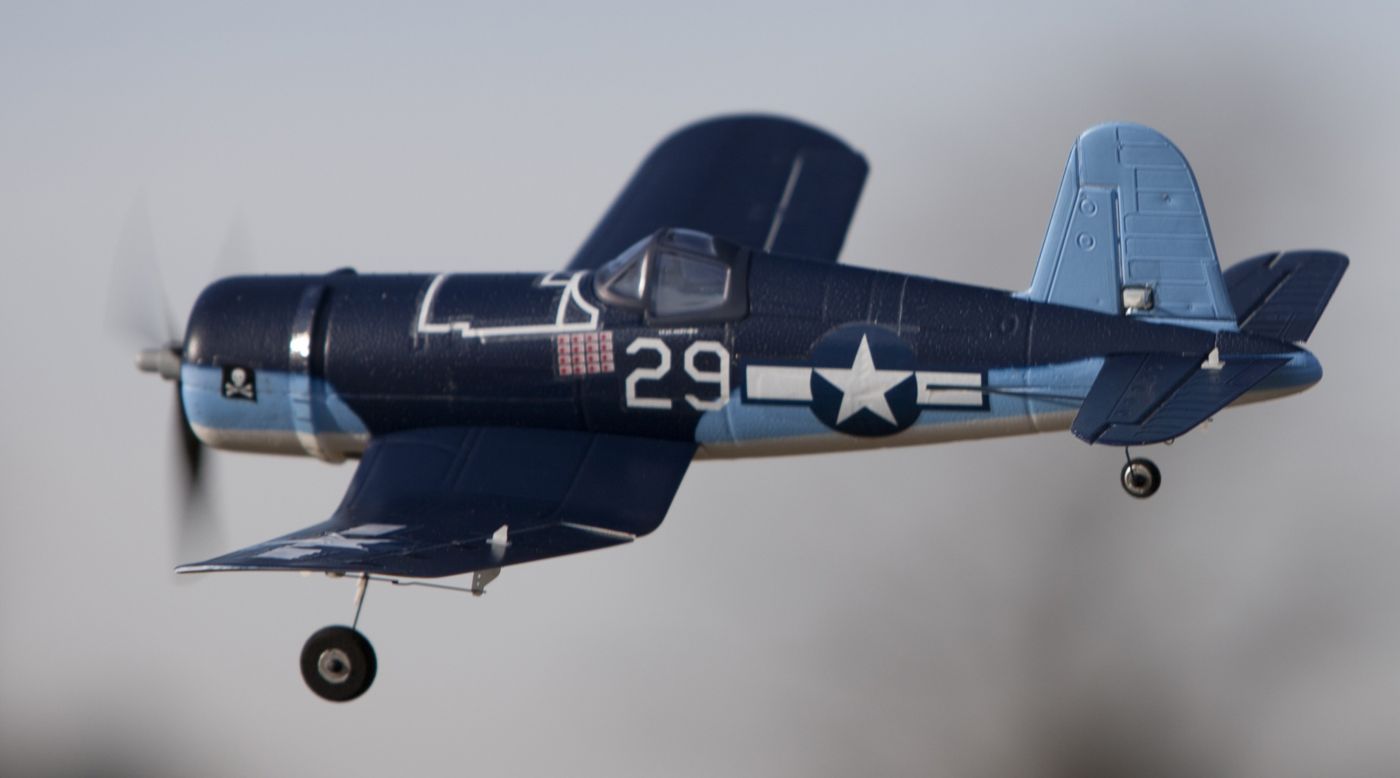 Nothing! Everything you need to get flying is included in the box. You can have this Ready-To-Fly version flying in the time it takes to charge the battery.

With a top speed of well over 400 mph, the gull-winged F4U Corsair was one of the fastest planes of World War II. This speed and its awesome firepower not only served it well in air-to-air combat, but made it one of the most fearsome ground attack fighters of its day. It could strike suddenly and without warning, leaving a ghostly howl in its wake that earned it the name "Whistling Death" among ground troops unfortunate enough to feel its sting. This exciting UMX™ series replica of the F4U Corsair features advanced AS3X® (Artificial Stabilization - 3-aXis) technology that works behind the scenes to smooth out the effects of forces like P-factor, turbulence and torque. Instead of an ultra micro, you’ll feel like you’re at the controls of an expertly tuned, giant-scale model that flies like it’s on rails.

Whether you choose the Ready-to-Fly version complete with a DSM2 transmitter, or Bind-N-Fly convenience, you can have this completely built model flying in less time than it takes to charge the included Li-Po battery on the included DC charger.

The Artificial Stability - 3 aXis (AS3X®) system built into this UMX Corsair works behind the scenes to counter the effects of forces like P-factor, turbulence and torque using 3-axis sensing and exclusive flight control software. Best of all, it feels completely natural. There is no delay in control response or limits on the control throws. You’ll simply feel like you’re flying an expertly-tuned, giant-scale model that’s incredibly stable at every speed.

Scale detail like an authentic paint scheme, clear canopy and molded panel lines make this ultra micro easy to appreciate. Decals are provided to finish your model as either the ace Corsair flown by Gregory "Pappy" Boyington or Ira "Ike" Kepford.

This UMX™ F4U Corsair comes with a new high-performance 3-bladed prop and tailwheel steering for great handling in the air and on the ground. You can even remove the landing gear for a more realistic look in flight.

You can have this Ready-to-Fly version up in the time it takes to charge the flight battery. Even the AA batteries required for the DC charger and 4-channel transmitter are included.